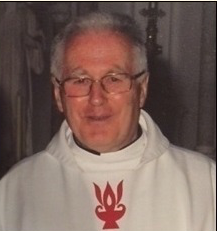 He was ordained a priest on 19th June 1955. He was appointed to Long Tower and served as Chaplain to the Nazareth House.

In 1987 he was appointed Parish Priest of Sion Mills where he served until moving to Ballykelly as a Curate in 2004 until his retirement in 2006.