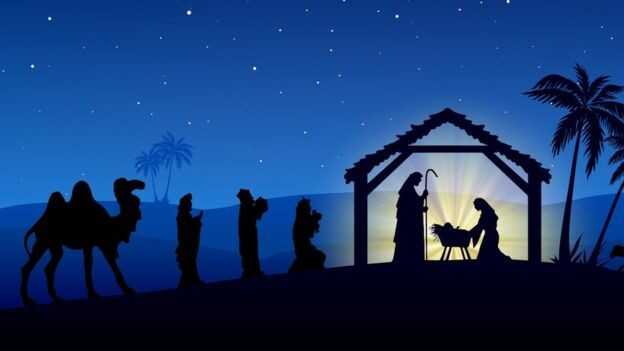 Yesterday I called up to see a Catherine in Belfast a few days after her birthday. I had been involved in her parents' wedding more than a quarter of a century ago – and I had baptised Catherine when she arrived. But as she grew up, it was clear that she had severe learning difficulties. Her parents – and many other friends - have given heroic love to each other and to Catherine.

Whatever hopes and dreams a couple have when they start out together, life rarely works out as we intended. Family has to be made where we find ourselves, not where we think we should be

A fortnight before Christmas, I was visiting Altnagelvin hospital to see somebody. As I approached the entrance, I saw a small group out for a smoke. When they saw me, one of them said, 'Father, can I have a word?' It was a young man who said, "My girlfriend had a wee baby yesterday. We were told at 20 weeks that the baby would have almost no brain. But when she was born, i put my finger in her hand and she held it. She lived for 2 minutes – and she is beautiful. Could you come and say a wee prayer with us?" I followed him up to the ward, where there were other members of the family – and the tiny baby born at 32 weeks, with her closed eyes in a beautiful face peeping out below a woolly hat. I spent some time with the proud family group and their tiny baby. And I made a point of contacting the hospital chaplain to follow up with the little family.

And recently I was talking to a priest, who is not of the Diocese of Derry. His mum came from a large rural family – and when she was 17, she became pregnant by the son of the big house where she was working. In order to save the father's face, she was sent away, far from home. As so often happens, when the man is responsible, it is still the woman who pays the price. The baby was adopted by loving parents and raised with their other children. That young man came to know his birth mother and she was able to celebrate important events in his life including his ordination to priesthood. And he was able to celebrate her funeral Mass.

While his life experiences are part of who he is, he is mainly angry that, in 2019, he might be regarded as too inconvenient to be born.

During the Twelve Days of Christmas, the liturgy has kept repeating that 'the Word was made flesh and dwelt among us'. Jesus was born into an unusual family unit. His mother was unexpectedly pregnant under suspicious circumstances. According to the Gospel, he was born far from home. His parents were forced to flee when he was a child. In terms of social class he was a 'nobody'.

Today in the Gospel, we hear of Wise Men following a star whatever the cost to them. And they are prepared to bow down before the divine in the form of baby. We hear of an adult – King Herod – who feels threatened by talk of an inconvenient child who will upset his plans. That adult will go to all lengths to protect his position.

Jesus' birth as 'Emmanuel –God with us' says that, when there is love and commitment, every problem can be worked through.

People face so many struggles when it comes to having and raising children – as did the parents of Catherine, of the little baby in hospital and of my priest friend. There is always the temptation to seek easier ways to go forward. But the Christmas story tells me that the child's needs are more important than the adults' wishes. God can write very straight on crooked lines. Unwelcome and uncomfortable babies can be blessings in disguise. Beauty can be found in unexpected places by those who have hearts to search for it. As one teacher in a girls' secondary school said to me years ago, "A baby is never a dirty thing."The Wise Men have an important lesson for us. We lose something precious when we cannot bow down before the miracle of human life. It is Good News that all human life is precious before and after birth.It is never good news that human life is officially categorised as disposable.

The baby of the Christmas story asks us all to work hard to make the most of the very imperfect circumstances in which we find ourselves. And the Christ child asks the adults in our community to act in such a way that inspires our children to know their dignity.

The baby of imperfect Bethlehem still wants to be God-with-us in imperfect Derry.

Solemnity of the Epiphany of the Lord