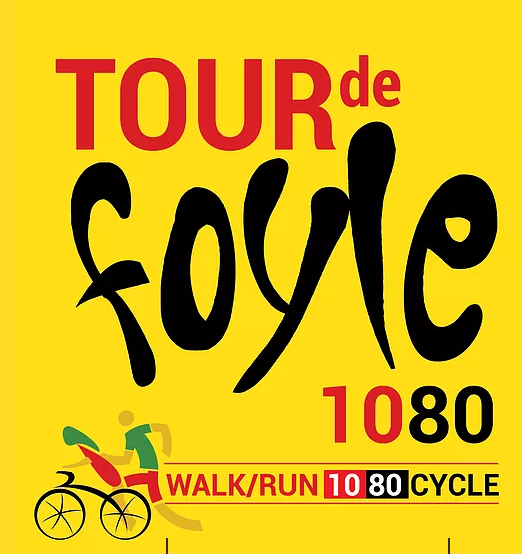 By taking part in the Tour de Foyle 10:80 Community Challenge - Run/Walk/Cycle ( a 10K run/walk was introduced last year for those who do not wish to cycle ) you will be helping people in your own community who are experiencing difficult times in their lives and working with the help of our charities to get things back on track.

You can also participate by letting people know the event is taking place, encouraging people to take part, by sponsoring a participant, by coming along to support the event on the day or by simply making a donation toward the cost of running the event. To do so visit

So please help us continue our work by getting on your bike or putting on your running/walking shoes on Saturday 26th August 2017 and taking part in one of the Tour de Foyle Charity Challenge events. They are open to everyone from the beginner to the more experienced cyclist/runner/walker alike, with the main emphasis on providing a safe and enjoyable experience for all involved.The Tour de Foyle Charity Challenge is planned by the North West Methodist Mission, The Churches' Trust and supported by the four Church leaders in Derry – Londonderry. 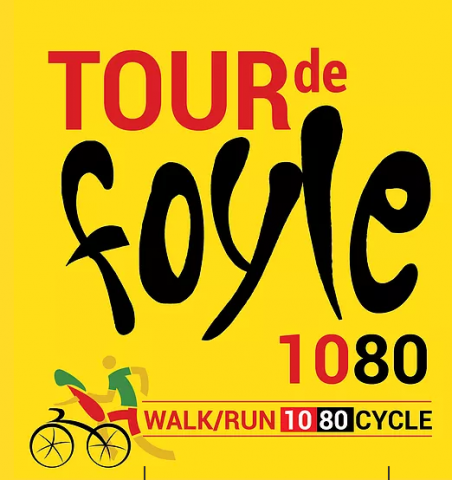 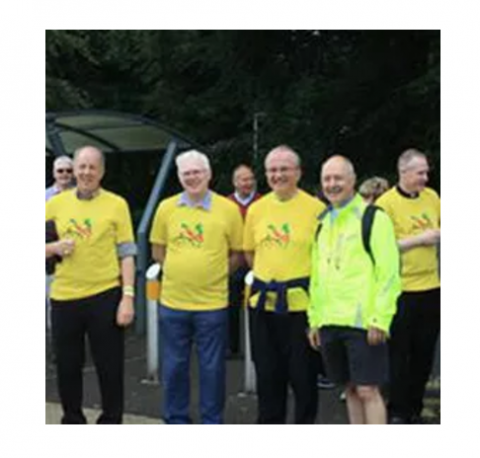 HISTORY OF THE EVENT:

As part of the City of Culture year 2013, a small group of 12 people representing the 4 largest Church denominations in the City cycled to Iona in Scotland. They brought with them and presented a statue of the patron Saint of our City, St Colmcille, to keep alive the cultural links between both places and to raise funding and awareness of the homeless hostel in the City. It was an enjoyable experience and upon their return home it was suggested that doing something locally the following year and so in 2014 the "Tour de Foyle" was born.

The event involves encouraging cyclists to take up the challenge of undertaking a scenic lap (50 miles approximately) of Lough Foyle. Leaving from the new Foyle Arena, participants Cycle to Magilligan and after a brief 'pit stop' (refreshments provided), they board the Ferry across to Greencastle. They then proceed back to the City crossing the Peace Bridge before arriving back at the Foyle Arena. Building on the excitement generated by the Giro de Italia events in recent years and the growing trend towards getting fit & having a healthy liifestyle, the idea is simply to bring people together from all the communities across our City and beyond, to raise funding and awareness of two very worthy local causes. The 2014 event was a great success with 140 people taking part and a fantastic £4,000 raised for the Men's Homeless Hostel and the Churches Foodbank Projects.

It was apparent to organisers that the "Tour de Foyle" concept worked and could be built on. In 2015 the leaders of the Churches in the City (Fr Micheal Canny of The Churches' Trust, Bishop Ken Good of the Church of Ireland, Rev Robert Buick of the Presbyterian Church, Bishop Donal Mc Keown of the Catholic Church and Rev Peter Murray of the Methodist Church) again invited people to 'get on their bikes' or put on their 'running shoes' and come together to participate in the "Tour de Foyle" Charity Cycle or 10K run (a new feature of the event we introduced to widen and increase participation) . We were once again delighted with the response. 250 people from far and wide took part, and £6,750 was raised for both charities, for which we are really grateful.