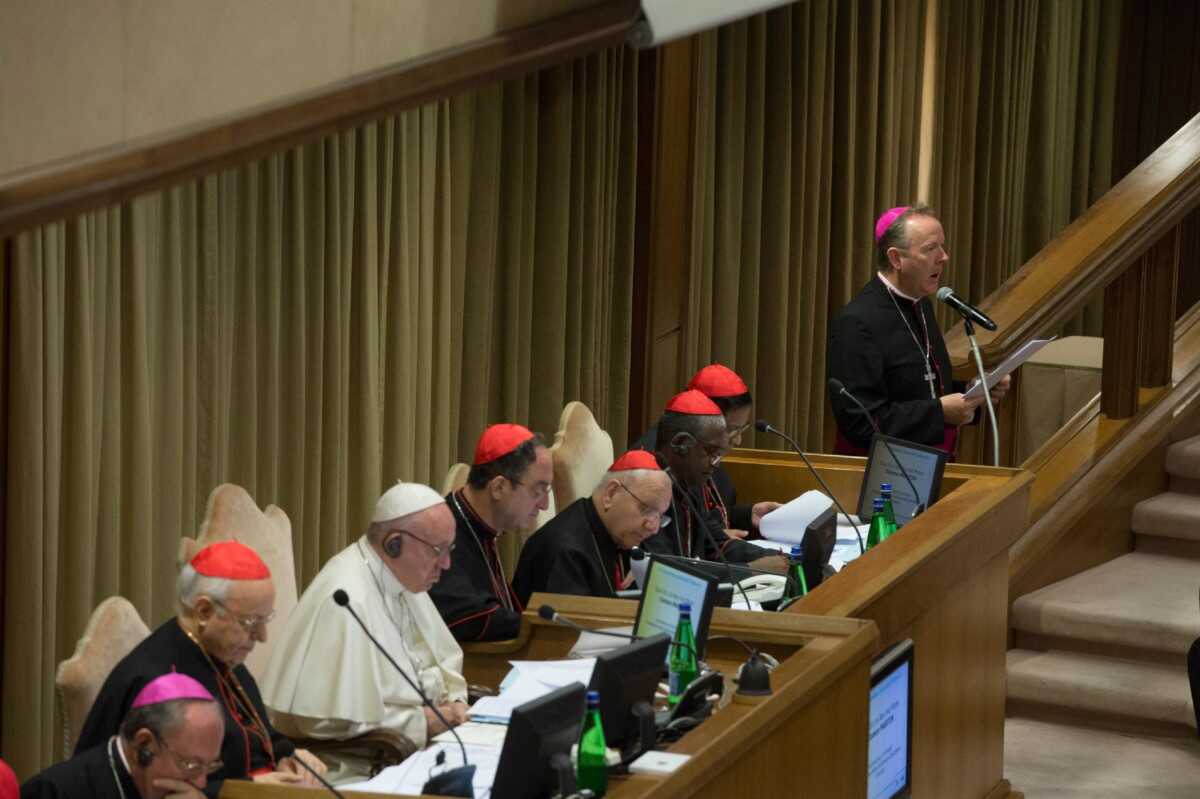 Archbishop Martin of Armagh and Bishop Donal McKeown of Derry are representing Ireland at the XV Ordinary General Assembly of the Synod of Bishops which is taking place in Rome from 3-28 October.

Following his appointment as Relator (reporter/secretary) of English speaking Group A, Archbishop Eamon Martin has delivered his first report to the Synod of Bishops on Young People, Faith and Vocational Discernment.

Fourteen discussion groups reflected on the first part of the Instrumentum Laboris for the Synod. An Instrumentum Laboris (Latin for "working instrument") is an official Vatican document used to guide discussion at a General Assembly of the Synod of Bishops. The Moderator of Group A is Cardinal Oswald Gracias, President of the Catholic Bishops' Conference of India. The group is comprised of 23 Synod Fathers from eighteen countries and includes five Cardinals.

The group reflecting on technology and social media which are now understood as a permanent part of young people's lives, mental health and how vocational discernment has changed in recent times. It considered how new possibilities for the exchange of information, ideals, values and common interests online have the potential to unite people across geographical distances like never before.

For the full report delivered by Archbishop Martin, click HERE