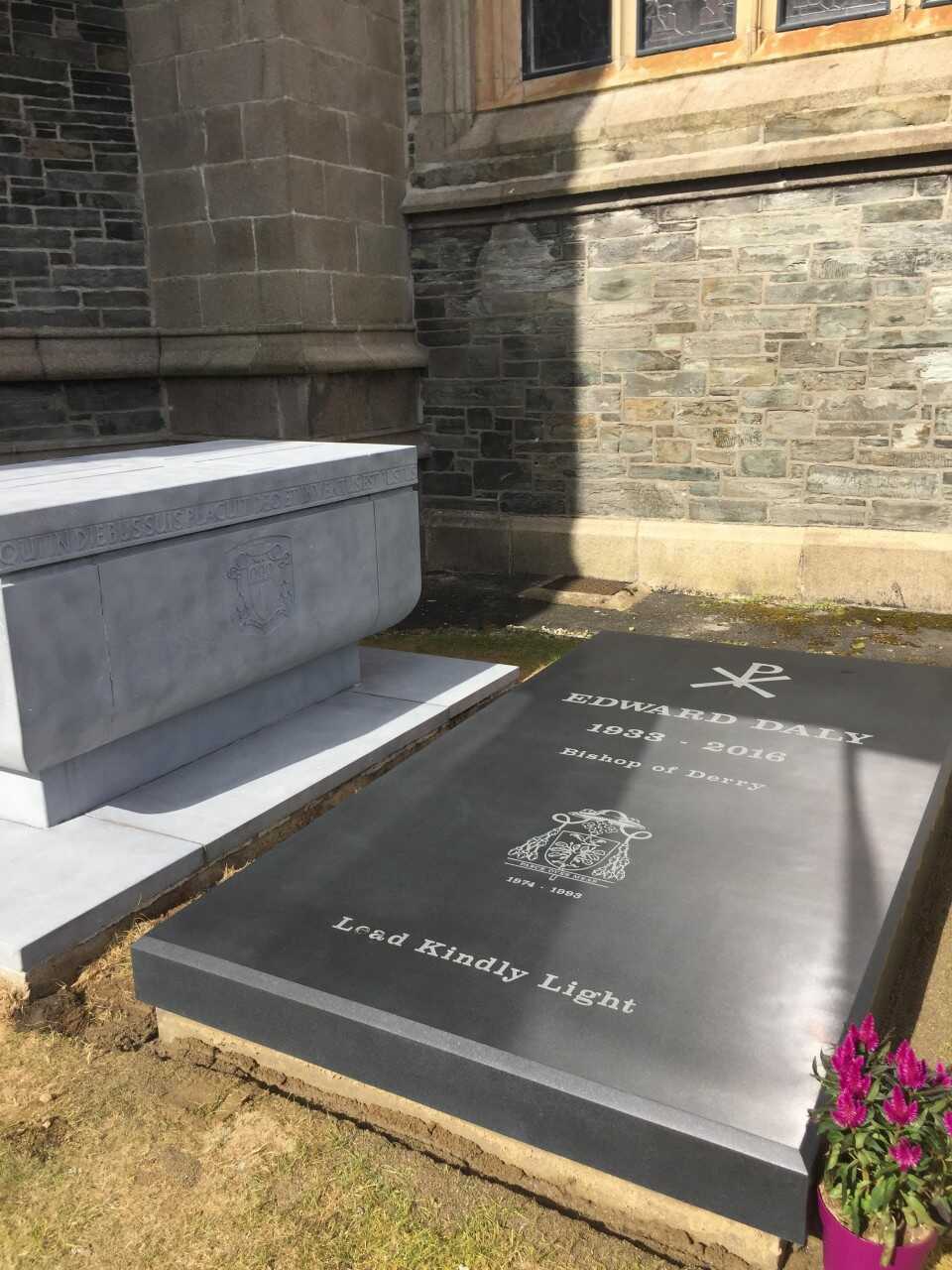 ​A beautiful gravestone has been placed over the final resting place of Bishop Edward Daly. The charcoal grey coloured stone ledger coves the entire grave. It includes inscriptions of the Pax Christi symbol, his name and years (1933-2016), his Episcopal coat of arms, with his motto 'Pasce Oves Meas' ('Feed My Sheep'), the years he served as Bishop of Derry, (1974-1993) and the words 'Lead Kindly Light' - the title of his favourite hymn by Blessed John Henry Cardinal Newman.