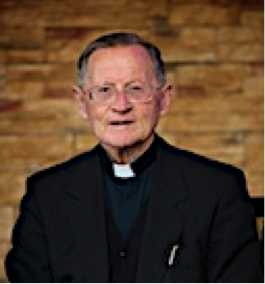 The death has taken place of Fr Robert Devine.

The Rosary will be prayed at 8.00pm, in the Church, on Tuesday and Wednesday evening.

Mass will be celebrated in the Church, on Wednesday evening, at 7.30pm.

Funeral Mass will be celebrated on Thursday, at 12.00noon, in St Patrick's Church, Crossroads, Killygordon. Burial will be at Aughabrack.

Fr Devine was born on June 23rd 1932 in Donagheady. He was educated at Dooatt PS, Dunamanagh and St Columb's College, Derry. He studied for the Priesthood at St Patrick's College, Maynooth and was ordained a Priest on 23rd June 1957.