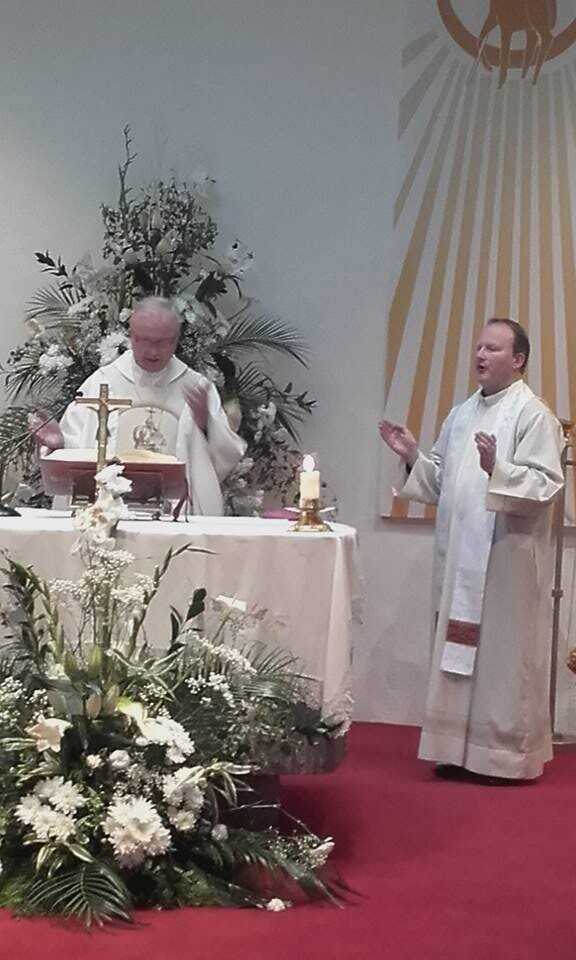 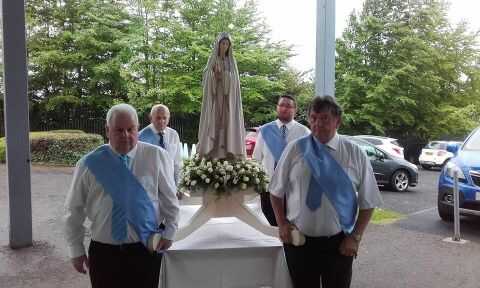 In our first reading, the early Church in Jerusalem is faced with new problem connected with Greeks and Jews and with care for the needy. So a new solution to a new problem is found. In every generation, as Christians, we seek to understand what scriptures teach about Jesus who is the Way, the Truth and the Life, the Good Shepherd, the only gate to the sheepfold. And we believe that God prompts us to have new insights in different contexts.

On this anniversary of 13/5/17 we remember the church teaching from Pope Benedict XVI in 2010. In a document on the Word of God, he wrote that all definitive revelation stopped with end of apostolic period, with the death of the apostles. The role of any other private revelations 'is not to complete Christ's definitive revelation, but to help live more fully by it in a certain period of history'[1]

Writing in 2000 on the Message of Fatima, the then Cardinal Ratzinger, on behalf of Pope John Paul II

These manifestations can never contradict the content of faith, and must therefore have their focus in the core of Christ's proclamation: the Father's love which leads men and women to conversion and bestows the grace required to abandon oneself to him with filial devotion. This too is the message of Fatima which, with its urgent call to conversion and penance, draws us to the heart of the Gospel.[2] 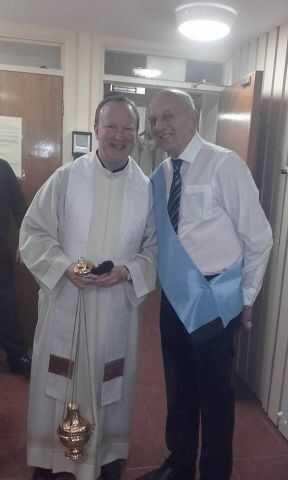 In every generation Catholicism has to be based on Jesus who alone shows us the way to the Father and has revealed all. But we understand that revelation in new ways in different contexts and centuries. And unlikely prophetic figures are often called to bring the news like the murderer Moses, the boy Jeremiah, the girl Mary of Nazareth, the Christian-hater Paul, St Bernadette and the children of Fatima.

It is important to remember that he Church existed without Lourdes and Miraculous medals, Padre Pio and the Pioneers for 19 centuries. Thus these are not necessary parts of Catholicism and there is no obligation to see them as core to our faith. We have to believe in the Eucharist and in the other sacraments. But we do not have to accept the truth of other apparitions and devotions, even when they are approved by the Church.

But when they are recognised by the Church - after careful investigations - as authentic pointers to Christ, as the Fatima apparitions were, they are proposed as gifts to our generation and useful for salvation. They exist to help us live Christ's revelation more fully in concrete terms at this specific time in Christian history. For the Gospels show us a Mary who always points us to God and not to herself. Within the Body of Christ, she is a companion for us, not a replacement for Christ nor his equal. And in the body of Christ, there is room for a great range of spiritual practices – and different Marian apparitions point to the depths of the mystery of Christ.

Tonight we begin six monthly vigils on 13th of the month. The vigils will parallel the six visions to the children of Fatima, Jacinta, Francesco and Lucia. Cardinal Ratzinger pointed out the two core Gospel messages at the heart of the Fatima message:

- Reality of sin and the need for conversion

- The horrors of war and the need for penance

So there is no contradiction between today's Gospel about Jesus as the only way to the Father, and the devotions that have sprung up following the apparitions at Fatima. Following the Way, the Truth and the Life takes different forms in different historical and cultural environments.

In 1917, the world – without knowing it – was already marching through a century that would see huge technological advances but also perhaps 100 million people slaughtered in two world wars, horrible periods of dictatorship under the atheistic Hitler and Marxist countries, the use of nuclear weapons, destruction of unborn life on a massive scale and a divided world that keeps giving rise to local wars and widespread terror attacks. We still need to hear the call repentance where the poor, the weak and the unborn are sacrificed on the altar of massive egos and selfish individualism.

We need the grace of God if we are to be prophetic voices for peace, for the weak and for the creation of a grace-filled Ireland that respects both the dignity of the individual and the Common Good. Changed borders without grace-filled leadership will not change anything for the poor and the hurting.

During the next six monthly appointments here, we will be invited to reflect on the different messages of Fatima and how they lead us to Christ, the only Way to the Father. On 13th May 1917 at the first apparition, the three children were asked to pray the Rosary every day.

Some will ask whether that focuses us on Christ the Way. Of course it does! 18 of the 20 mysteries of the Rosary ask us to meditate on key biblical events of the life of Jesus from the Annunciation to the Descent of the Holy Spirit on the Apostles. All of these events are accepted by all Christians. No prayer is more biblically based than the Rosary.

And the prayers we use during the Rosary are the Lord's Prayer - taught to us by Jesus - and the Hail Mary, most of which comes from the words of the Angel Gabriel and of Elizabeth to Mary.It is precisely by meditating on the mystery of Jesus through the eyes of the one who loved him most – his mother – that we can seek the Truth and know the Life, and grow to love him as Mary came to love him in her Immaculate Heart.

It is in meditating on Jesus, present in our midst in Word and Sacrament, that our hearts can be moulded in prayer so that we can come to know the Father. And, as Jesus tells Philip in the Gospel, God can do great things through us if we believe in him.

Today's liturgy is clear. Jesus alone is the way, the truth and the life. But every generation has been shown ways to respond concretely to the need to make Jesus known. Fatima is not part of the doctrine of faith that we have to accept. But it calls us back again – as Jesus did – to prayer and penance, to self-discipline and peace-making.

True devotion to Mary always leads us to Jesus – for she always pointed away from herself to the God who has looked on his servant in her lowliness. Mary asks us to develop a focus on Jesus and she offers to accompany us.

This evening we pray that these six vigils on the 13th of each month will lead us to Christ and be channels through which the Lord can bring his healing grace to so many hurting hearts and countries.