A Meditation on 'Trees' - by Noel Bradley

I remember about thirty years ago seeing some people in Chicago hugging trees! I thought they were daft and maybe the remnant of the hippy generation. During the lockdown of Covid-19 I have like many been noticing and enjoying more the beauty and mystery of everything around me. Have you noticed the trees? I know you the reader has seen trees but have you ever stopped and really looked at a tree? Do you know anything about the mystery of trees?

I first noticed trees (sycamores) by the river where we went to look for trout as youngsters. They spread their branches like great giant green flowers out over the banks of the river. They were always silently there doing their work year after year. The next time I really appreciated trees was when I was in Nigeria. They provided shade for my car, for market women buying and selling, for Mass or a community meeting. It was lovely sometimes to hear a multitude of little birds chattering away and doing 'their thing'. I now realise there is a deeper mystery in trees.

The miracle of photosynthesis

If they could speak they would tell you "I draw water through my roots, my leaves take in carbon dioxide (CO2), they also trap energy from the sun light and I use that energy to turn the water and carbon into sugar and oxygen. Finally my leaves release the oxygen into the air and I use the sugar for growth. The clean air is keeping you all alive and especially healthy at this time of Covid 19. You humans have a big term for this: 'photosynthesis'. It is one of the miracles of the universe and sad to say you hardly notice it". I would say "Yes, it's true and we are only beginning to realise how important you are now that we are threatened with global warming, the result of too much carbon dioxide in the atmosphere which you in your great service to us are trying to recycle as clean air. And what are we humans doing now when you are needed most? We are in a rat race of onslaught to cut down all the massive rain forests in the world and grow corn for cattle and beef for our supermarkets. It is very obvious in the Amazon region ('the lungs of the world') which takes in 9 countries. Is there any other species in the world as stupid as us? The trees would probably reply "No, our world (I say 'our' because we are all connected in the 'web of life') is under threat and we are vital for its survival. I loved the heart of Celie in 'The Colour Purple' (book and film). She was so connected with nature that she could write:

"My first step from the old white man (as God) was trees. Then air. Then birds. Then other people. But one day when I was sitting quiet, and feeling like motherless child, which I was, it came to me: that feeling of being part of everything, not separate at all. I knew that if I cut a tree, my arm would bleed."

It might sound exaggerated but she has got the right idea, she is connected to all of nature. This benign interconnectedness of humans with nature is repeated over and over again in Pope Francis' encyclical 'Laudato si'. He is one of our allies. Obviously, tree planting is essential if we are to survive. But don't just protect us as a utility, admire us too.

I want to me admired

I want to be admired and then I can draw you into the great mystery of communion that is going on all the time. One of your poets catches this in her lovely words:

And every common bush afire with God,

But only he who sees takes off his shoes:

the rest sit round and pluck blackberries" (Elizabeth Barrett Browning)

You can 'fall in love' with us like St. Francis and Pope Francis is inviting you to this possibility. Then we will try to protect what we love. We do want to be admired too for our service, a service of love. For hundreds of millions of years we have been loading ourselves with carbon that became fossilised as coal and oil. Bogs too are reservoirs of carbon. All that coal, oil and turf should be left in peace. You can be creative and find other sources of energy. To add to our mystery I might add that we can communicate with one another and support one another through fungal interconnections. Also 'when a giraffe starts nibbling an acacia tree, the tree gives off an unpleasant gas: acacias close by pick up the message and pump unpalatable toxins into their leaves, so the hungry giraffe has to lunch elsewhere' ('Creation Walk' by B. Grogan, p.58). So surprise, surprise, we can smell! Did you know that some redwoods may live 2000 years? The next time you notice trees or a tree you might not want to hug one of us but you might say 'Thank you' for your great work". You might even go further and thank the Giver of the gift of trees. "Blessed are you, Lord God of all creation". 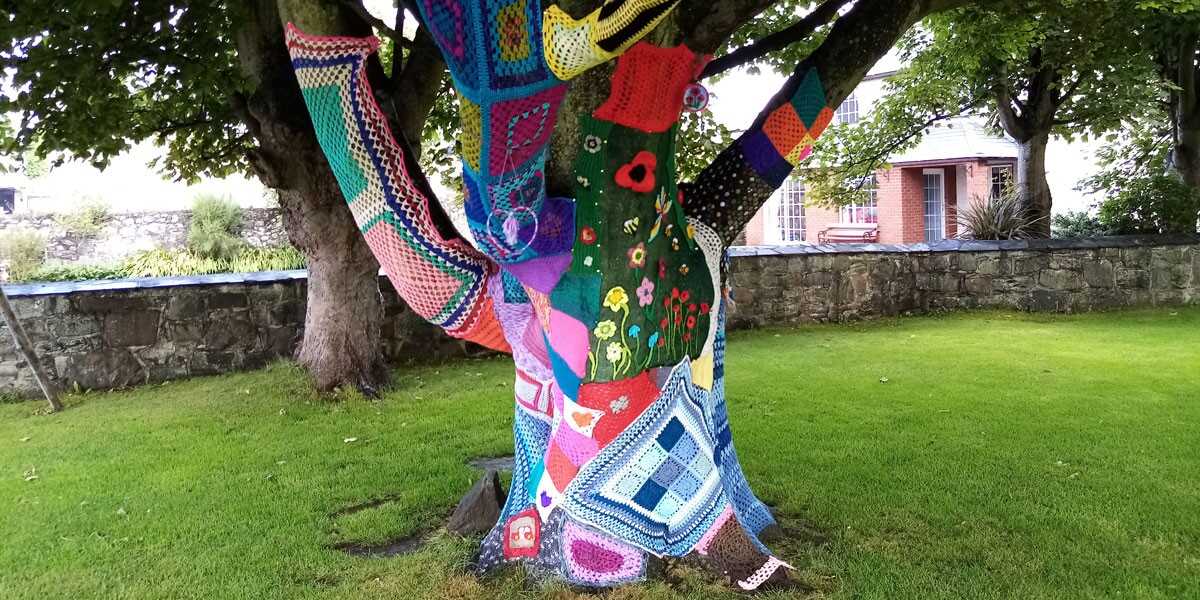 I have a missionary friend Michael O' Shea SMA, in the Mpima Forest, Zambia and he tells me of the 'Umululu' tree ('Big One'). It is 'King of the Forest'. Umululu speaks and says that "profiteers have come, relentless as soldier ants, axing, sawing, chopping and burning". They cut down all the other trees and Umululu says it was spared because it was a Sacred Tree and too big. "People come to me for my herbal fruits and medicinal roots and bark. These herb seekers never take anything without leaving a token of gratitude-a coin, a cob of maize, a bunch of flowers". The tree is home to 12 species of birds and even monkeys and their young ones play there. "By night a wise old owl sits there meditating soulfully… Sad, all are doomed, as I am too. Humans, the owl says, will destroy nature until they themselves become the endangered species and then they will probably destroy one another in their greed, violence and sickness".

"Despite the wisdom of Brother Owl", Umululu says "something in my deepest soul tells me that "the Supreme Mysterious Tree, the sap of life, who lives, rejoices and suffers with us, will somehow see us through. Once before, so the story goes, he sent his son to correct our ways and lead us to a new life, a way of love. Some humans didn't like his simple ways which threatened theirs and as they couldn't change him, they nailed him to one of my kind and left him there to die. Since then some trees have red sap, red bark and red berries. They and many other trees and species too believe he never left us".