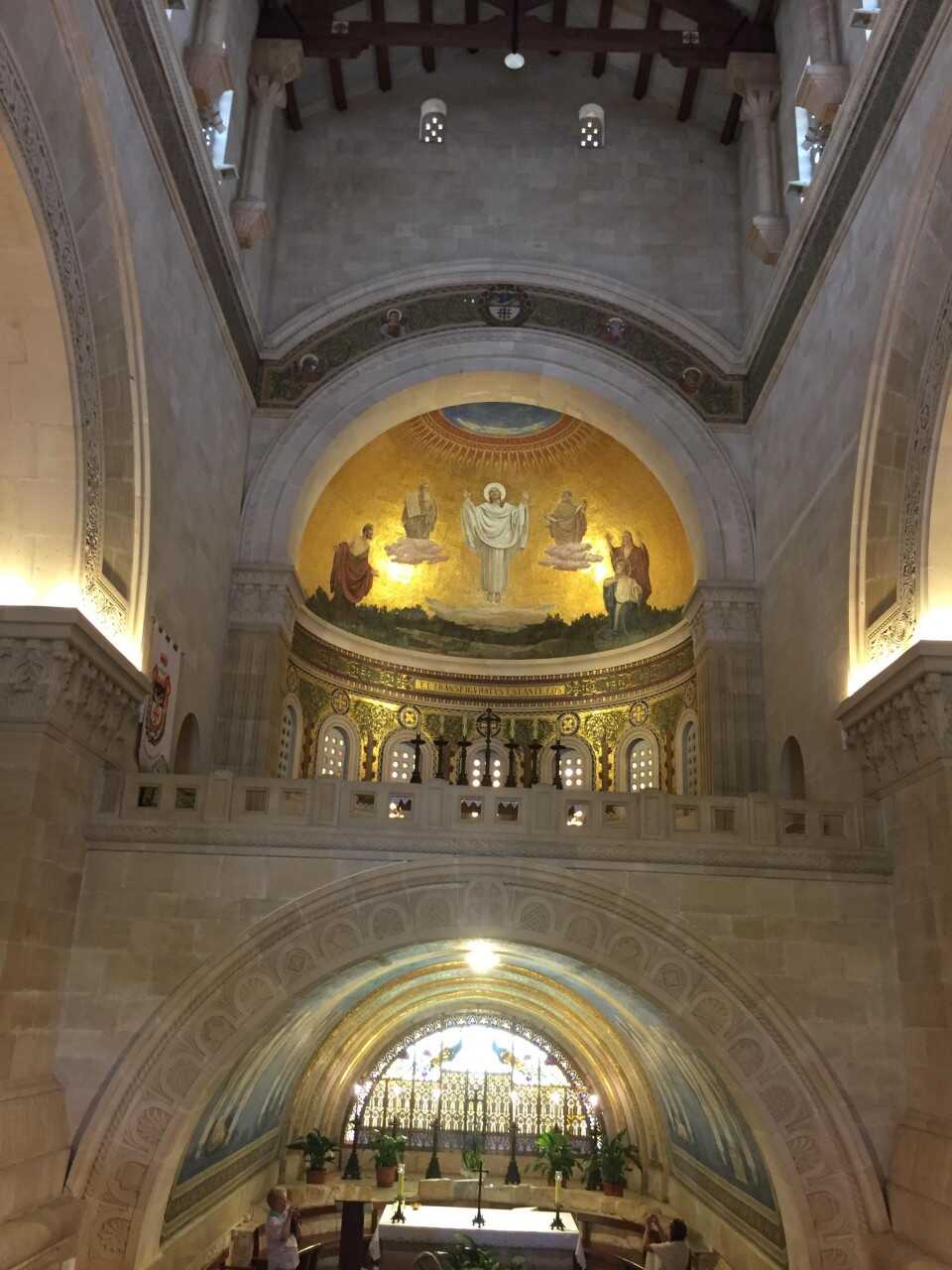 This weekend we celebrate the Feast of the Transfiguration of the Lord. As we reflect on the readings, we mark the forthcoming first anniversary of Bishop Edward Daly's death on Tuesday next, August 8th. Today is also the 39th anniversary of the death of Pope Paul VI, who had appointed the young Edward Daly to the See of Derry in 1974. We remember them both.

The Transfiguration occurs at a critical time in the Gospel stories about Jesus. After the initial enthusiastic response to his preaching and mission, he is now meeting opposition, particularly from the strong in society. Just before this strange event, he tells his shocked disciples that he will die on the Cross and that it is only by carrying their cross, by losing their life for his sake, that they can follow him. Peter says that such a thing could not possibly happen to Jesus and Jesus responds by saying "Get behind me, Satan". Now, a few days later Peter, James and John have this strange experience. It is clear that this event happens in order to give the three leading disciples some insight into Jesus' real identity and to give them courage to face his Cross - and their own.

So what might we learn from today's feast which is referred to four times in the New Testament?

Firstly, it has always been hard for Christians to understand what God is like. In different periods we have swung between an idea of God that is very majestic and distant, and then an idea of a God who is chummy and goes along with everything we might want. In some ways, the Transfiguration covers both of these bases and saves us from a simplistic view of God whom we might prefer to create in our image and likeness. Jesus, the Son of God, will suffer in the flesh that he shares with us – and yet the apostles have some glimpse into the divinity that is interwoven with the human. Our human nature is to share in the mystery of his divinity, just as he humbled himself to share our humanity. Jesus is our Lord and our brother, our saviour and our friend.

Today's feast invites me to recognise that any real experience of God is comforting and uncomfortable. It is not surprising that God is described as love – for love can draw and excite us but also burn and deceive.

Religious leadership and real holiness is about having a sense of the eternal God who calls us to see the dignity and beauty of God and of the little person loved by the almighty God. Bishop Daly knew that his call to holiness led him to walk with broken hearts, to visit those in prison and to stand speechless beside gaping graves. His example points out that the way forward for the Irish Church is neither in attempting to reconstruct a nostalgic picture of some non-existent Golden Age from the past nor in some idea of a fuzzy up-to-date God, who is fine with whatever whims take our fancy this year. The Transfiguration was a revelation, not just to the apostles but to us all. It is good for us to be here – but our encounter with God is both frightening and reassuring. It is not easy to let God be God in the Church and in our lives.

Secondly, we have heard a lot about battles from the First World War, 100 years ago. It might be trite but not entirely untrue to say that the war was a fall-out between three imperial cousins, the King, the Kaiser and the Tsar of Russia, where an incredible 41 million people - between dead and wounded – paid the price of imperial arrogance. Similarly, today we face a lot of uncertainty around the world because of the risk of giant egos clashing – and little people dying. When elephants fight, the grass gets crushed.

Jesus offers a different style of leadership. He offers the possibility of a transfigured humanity. But that resurrection of the human race will not come through the hands of those who wish to smash their evil enemy but through one who is prepared to suffer at the hands of the enemies whom he never stops loving. His last words on the Cross are not a shout of anger but a call for forgiveness for his killers and of surrender to his Father.

On this feast of the Transfiguration, Bishop Daly might well remind us of his own faith conviction that only love of your enemy can build a humane future and that a Christ-like compassion for the suffering is a core element of genuine Christian faith. It is easy to mouth great principles – and forget the little people who often get crushed in the pursuit of some allegedly glorious ideal. If we are looking for leaders to transfigure this country, they will be self-sacrificing rather than self-serving. This evening, at the foot of the Cross, we remember an act of love by Jesus who was prepared to sacrifice himself and not other people. The Transfiguration took place to encourage the disciples when they would stand speechless and helpless but not overwhelmed in the face of the organised brutality of Calvary.

Thirdly, we have also heard a piece from one of the letters of St Peter. There the leader of the apostles referred to this strange encounter on the mountain. The apostles were enabled to look back on all that Jesus did and suffered and see a God who was not absent but quietly present, even on Calvary. The glimpse of Jesus' divinity Transfiguration reassured him about God who helps us speak with love about the realities of human life. Even the hate of the Cross cannot crush God's dream for us because into the reality of the Cross, Jesus speaks of Resurrection.

The eternal value of what he would suffer in his human body reminds us that what we do with our bodies affects who we are. Those who help young people to be masters of themselves rather than slaves of their urges are the real educators. A deep understanding of the dignity of the human body is not repressive but liberating. The real challenge for leadership in our church and politics is how to speak of the best that we can be, rather than merely championing the worst that we can become. The Transfiguration calls to treat the human body with enormous dignity for it will be resurrected. It is a sacred thing, not a plaything. Anything else diminishes us.

Three phrases from the Gospel today might sum up for us much of our faith.

-This is my Son, the Beloved. Listen to him. At the heart of our faith is knowledge of Jesus. Without that, all we have is hollow religion.

-It is wonderful for us to be here.There is no knowledge of Jesus without prayer, worship and amazement.

-Stand up. Do not be afraid. Nourished by glimpses of who Jesus is, we can face anything in our struggle to let the Spirit renew the face of the earth, to transfigure us and our world through grace.

Pray about those phrases this week. Edward Daly would want us to grow in that tough adult faith – and not just to have warm thoughts about him.

Fest of the Transfiguration - August 5th 2017