Reflection for the First Sunday of Lent 2017 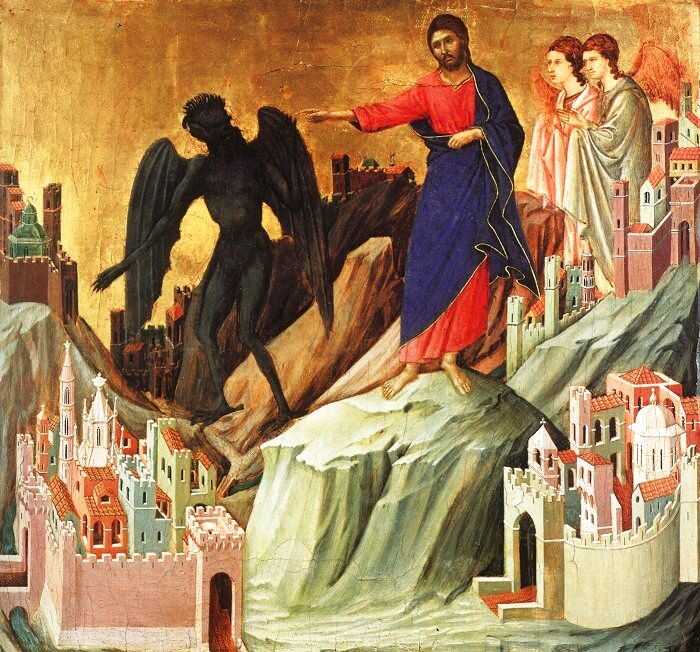 The temptations of Jesus always come on the first Sunday in Lent. Immediately after his Baptism Jesus is tempted to not be true to his call to be a Suffering Servant Messiah. There must be some simpler way to get followers!

We can see that as an encouragement to stick with our Lenten promises and not to give up too early. But there is a greater challenge to people of faith that goes beyond just staying off cigarettes or chocolate biscuits.

Jesus is tempted to 'be sensible' and to focus on what will be easy enough for him. His call is to suffer for people by carrying their burdens. The devil really wants him to use people to serve his needs – for popularity, for celebrity status and for power. The deeper question for Christ's disciples in all 365 days of the year is whether I can be a servant of others' welfare and love my neighbour as myself, just as God has loved me in Jesus.

In 2017, we are facing a crisis. But I am not talking about a crisis in church. What I am referring to is the crisis in our western culture about what it wants us to assume about being sensible and reasonable. This period in history is being described as ' an age of anger'. After the financial collapse that caused so much pain for the little people, we are now hearing anger from those who have felt left out. That is expressing itself in some apparently strange political opinions – and the anger is being exploited by some who want to ride to power on the back of the anger of others.

So what might the counter-cultural and prophetic voice of Jesus be saying into our current age of anger?

Firstly, the temptations in today's first reading and Gospel have some things in common. Adam and Eve are persuaded to take the only one thing they were told to avoid in the garden. They are led to believe that this will make things much better for them. They have to choose who to believe about what is good and bad in life. They do indeed discover about good and evil – but at a terrible price, the story tells us. Shortly after this passage, Cain is told that temptation is like a dog at the door, trying to get it. He has to choose to let it in or to be master of it. Temptation is strong and alluring. And the destructive temptation to put me first is at the heart of our contemporary culture. The first book of the bible is clear that such a vision is malign and inhuman.

The temptation to do silly and destructive things is very strong. 'Obey your thirst
' and 'life is too short to say no' seem to me to be very silly pieces of advice. Lent is about developing the discipline to be able to fight the seductive temptation to do things that seem initially attractive- but which can have terrible consequences. And it involves resisting the deep temptation to believe that I am the centre of the universe and that all has to revolve around me. Galileo and others helped us to overcome the idea that our planet was at the centre of the universe. Personal maturity happens, not by exalting myself but by recognising my place in a greater reality. That truth does set us free.

Secondly, Jesus is tempted straight after his baptism when he discovered his call to be a suffering messiah. He is now offered easier ways to be the Christ. Again, the devil's temptations are seductive – for even the devil can quote scripture. What Jesus is asked to do is to take the easy way out and win followers by offer by bread, show or power. What is killing the human heart today is not that they are asked to do too much but that we are told that we should not expect much of ourselves. Pope Francis at World youth Day last July in Kraków talk about the current pressure to pamper ourselves, to avoid difficult decisions, to get rid of any possible cross – and to reduce ourselves to couch potatoes. Jesus says, from the temptations till Calvary, that the hard way is very often the wise and best way. It is not surprising that the millions in challenging environments often seem to be much happier and more resilient than the well-off.

Self denial in Lent is not anti-human or unreasonable. It's is about learning not to be afraid of doing difficult things and to break the pernicious inhuman habit of prioritising my comfort above everything and everybody else.

Thirdly, Jesus resists the temptations because he sees the big picture. Calvary is not the end or the victor in his story. Lent is a time when those who seek him and his grace open their hearts in prayer to see the big picture that puts all of our lives in context. Disneyworld is not heaven. Overcoming the structural sin of the world will require heroism, not hedonism. Jesus walked through pain, betrayal and fear – and he invites us all to walk with him through those human experiences and not to be afraid of fear.

Lent is a time for us to assert uncomfortable truth, for truth can not be subservient to power. As people of faith, we resist the madness that insists,
• in face of the all the real human problems, 'I'm worth it'.
• In the face of war and poverty, 'my shiny hair is central'
• In the face of starvation, in the developed countries 100 kgs of food per person is thrown away at the consumption stage, that is half a ton of food for a family of five throws away each year

Temptations are hard to resist, but Jesus tells us that there is no healing for the world without the strange logic of prayer and fasting.