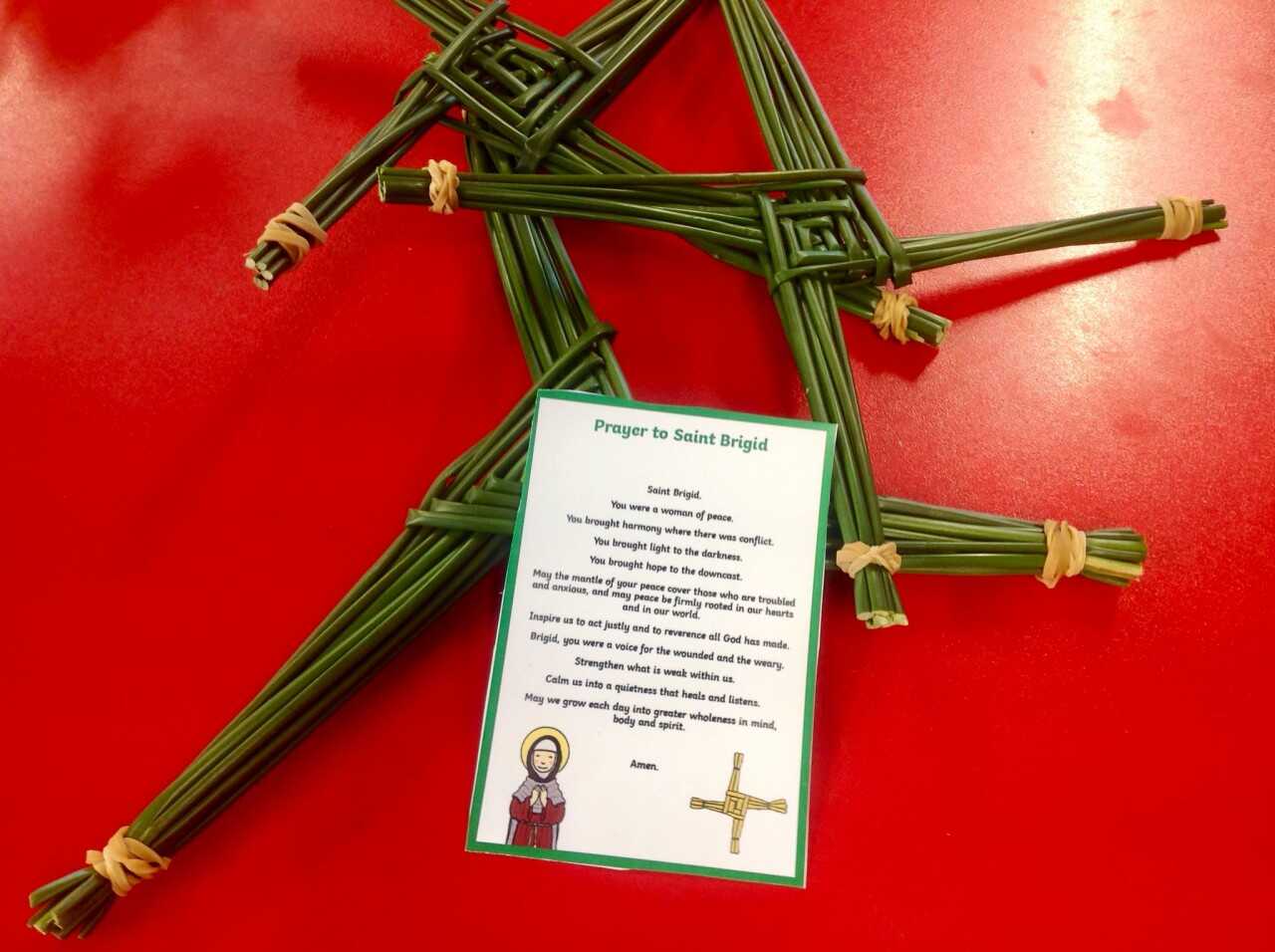 Presentation of the Lord​

We have arrived at the fortieth day after Christmas. As the days begin to revive after the dark days of mid-winter, the Church invites us to celebrate the light that shone at Christmas on the people who walked in darkness. So today we celebrate Candlemas Day. It is the day when the Child Jesus was presented in the Temple and it is the event of Jesus' life that we celebrate in the Fourth Joyful Mystery of the Rosary.

Furthermore, in this Church dedicated to St Brigid, we commemorate a figure lost in the mists of history but representing the great women of faith who brought light into dark places. As Brigid is one of our national patrons, so we celebrate the genius of women that have so often been the unsung heroes of our history. Too often men tried childishly to win battles, build power bases and boast of their achievements. It has always been the strong women of this country who have built up communities and belonging. It often fell to them to build up where men had destroyed. Today's Gospel gives us the wise words of Simeon. But we give thanks for the strong, often quieter life of the Annas and Brigids that blessed our society and Church.

A modern generation may well laugh uncomprehendingly at the hidden witness of Anna and the strong missionary sense of Brigid, as women of bygones ages who know nothing of our world. But sanctity is eternal and has a message for every generation. What called them to flourish was their sense of God. What do I mean?

In our own time, turbo consumerism drives everyone to do what Adam and Eve did. "Obey your thirst" is the first destructive temptation that seems so attractive to people in every situation. But the Bible says that it is a deadly temptation which destroys both human dignity and human relationships. Being a slave to your thirsts and pandering to those hungers does not liberate us. We become slaves to the animal within rather than being freed by the grace of God that calls us to greatness and holiness. Anna, Brigid and Simeon learned that lesson.

Our society is struggling to hold together because there is a fading sense of what we agree is true, beautiful and good. If 'my right to choose' is the only measure of all good and bad, then nothing is right or wrong. What I decide becomes 'the truth'. It is infallible and you are not allowed to make me feel uncomfortable by questioning the wisdom of my choices. In such a context, we will gradually drown under a wave of new laws, as government tries to ban or insist on certain behaviours.

The 'I am worth it' philosophy builds barriers and loneliness because only I am important, and I should live in my own virtual world.

But laws may control actions, but they cannot encourage generous hearts. What the saints bring to us is their belief that it is possible to seek for the often-uncomfortable truth that lies outside my wishes – and that we can be guided by the pursuit of virtue and not merely the pursuit of pleasure. That does not mean that following Jesus is restricting who we are. It gives a direction to who we can become that is guided by God's dream for us rather than by the drive for profits by those who want to sell us more and more stuff. The 'I am worth it' philosophy builds barriers and loneliness because only I am important, and I should live in my own virtual world. The Gospel of Jesus builds community because it says that we are responsible for and with each other. For a follower of Christ, life is valued not by what we have gathered but by what we have shared. For the consumer, everything is possession. For the believer, everything is gift.

Brigid, Simeon and Anna have another lesson for us. The most common symbol associated with Brigid is the Cross. According to the tradition, she knew how to take rushes – which grow in poor soil - and make them into a sign of salvation. Just as Jesus took the rough wood of the Cross and used it to take away the sins of the world, so Brigid taught us how to make something beautiful out of an otherwise useless plant. Similarly, Simeon and Anna in the Temple were old and on the edges of their society. But they are the smart ones who could recognise in an unknown baby 'the salvation prepared for all the nations'. People of prayer can develop a sense of where God's grace is at work. Wisdom is more valuable than information. We risk promoting a society that is swamped with data but without any real wisdom. A computer can store an almost infinite amount of information. But it can also be very stupid in that it has no heart. When a person loses everything except their reason, they can be very dangerous. Our society will thrive when we can give our young people an eye for the beautiful and not just for the useful.

Thirdly, Jesus is presented as the light of the world. But Simeon adds that this child is destined to be a sign that is rejected. Those who speak of Jesus can expect opposition in every generation. Those who feel happier with doing things under the shadow of darkness do not want the uncomfortable light of truth intruding on them. So just because believers are often rejected or criticised does not mean that we are wrong. The right thing is not always the popular thing. But Simeon, Anna and Brigid tell us to do it anyway.

Today's feasts tell us that we need to promote virtue and not just convenience as the guide for our lives.

For a number of generations, a faith-filled way of looking at the world was dominant. It inspired great heroism but was also marred by those who abused their position. Our task in this generations is to be missionaries of mercy in the circumstances in which we find oursleves. Today's feasts tell us that we need to promote virtue and not just convenience as the guide for our lives. The great figures from the scriptures and from history show us saints who have eyes for the invisible. Holiness gives us lens through which to see beauty by the side of the road just as Jesus helped lepers, cripples, sinners and strangers to believe things could be different. Finally, following Jesus is not an easy path. It took him to Calvary. Virtue and eyes for the little ones are not very popular. But the power of sin will not be overcome by self-indulgence but only by those take the road less travelled. Today we thank God for Simeon, Anna and Brigid – and, most importantly, for the light that shines even in the darkness, a light that the darkness cannot overpower. (John 1:5)