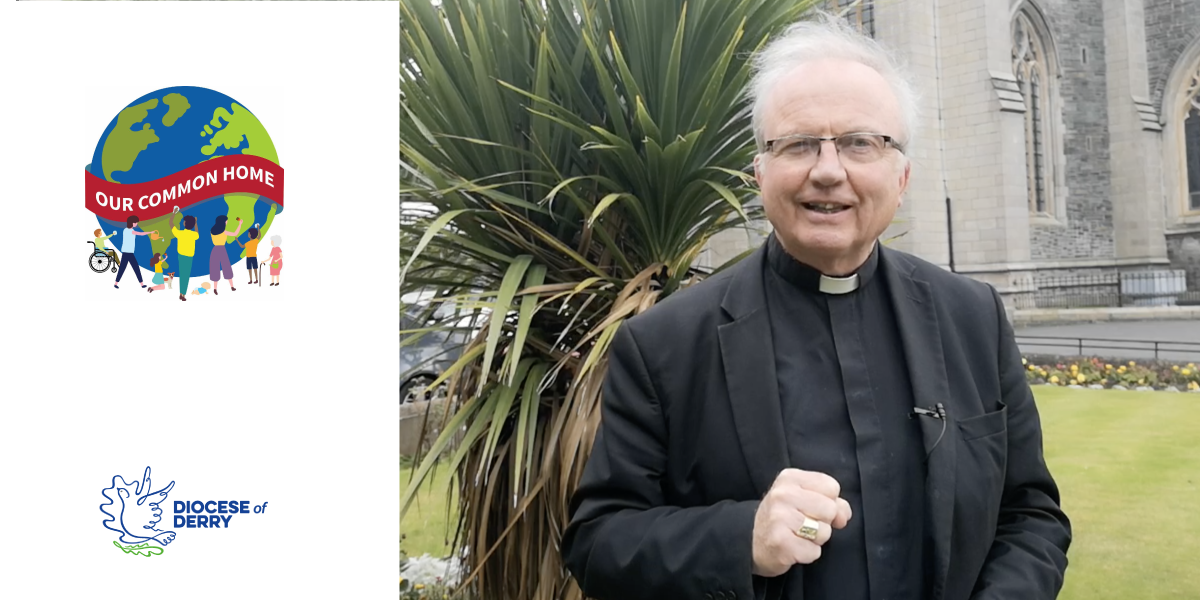 Today we hear Jesus speaking about the community – and using the same word that he used recently that was then translated as 'Church'. Community is not just part of the context within faith can be handed on. Community is part of the content of what Jesus is proposing. That is why he promises that he will be present when people gather in his name. The Body of Christ is present where people belong together in Jesus. As St Paul says in our second reading a debt of mutual love sums up all the commandments – and builds up community. A lot of us may live in semi-detached houses or semi-detached relationships. That option does not exist for his followers. What some of the lessons that we might learn from today's readings?

Firstly, Jesus asks his disciples to do what he does – he speaks out against wrongdoing. Christianity is unwelcome in some quarters because it says that there is right and wrong. That does not mean that Jesus condemns people as evil. But he does say that there are destructive actions which do not reflect love of God and of neighbour. Jesus has given us the standards by which to evaluate actions, without damning people. John the Baptist, Jesus and the apostles were killed for telling powerful people where the system which suited the strong was heartless and without grace. And he reserved most of his anger, not for the little people whose lives were less than perfect but for those who professed to love God and appeared to despise their neighbour. Unless reprimand comes with love of our neighbour, it is not imbued with grace. Correcting someone is meant to help them, not to nourish my spiritual ego.

Secondly, I received correspondence from a mother during the week. Her son's life has been plagued by substance abuse – and for a long time, she could not understand what had gone wrong in his life. And then it came out that – like so many people – he had suffered sexual abuse in his childhood and had felt unable to talk about it. This abuse had nothing to do with church or clergy. Her concern was that it is so easy to misunderstand people when we have no idea what hidden wounds gnaw away at their self-respect and fill their lives with pain. It is one thing to say that someone's actions are wrong. But what those who are most hurting want to meet is not a harsh condemnation but a merciful smile that helps them believe they are fit for better. Jesus always met people where they were, but he loved them too much to leave them where they were. The Samaritan woman at the well and Matthew the tax collector met someone who said that they could be forgiven for their past and take a better path. He told Peter that he had to be prepared to forgive 77 times. He told his apostles that they should forgive others as they had been forgiven. It is easy to condemn and label. It is much harder to walk and work with the sinner who finds it hard to believe that things could be different. That takes time. We live in a culture that loves to condemn and never forgive. But condemnation without a radical offer of mercy and forgiveness is destructive. As with that woman's son, if you have been treated as dirt, it is very hard to believe in a God who sees your life as precious. Even after three years walking with Jesus, the apostles really did not realise what he was saying. People often need time to let grace soften hearts that have been petrified by abuse or neglect. That is why harshness in a church context can make faith in Jesus hard to take seriously. It actually works against the spread of the Gospel. Jesus tells us to critique ourselves before we criticise others.

Thirdly, Jesus asks his followers, when facing wrongdoing, to work as part of the community. Jesus wants to welcome people to walk within a community, not just hear that their actions are wrong. As a Church, we are faced with different emphases on what are the major wrongs that Jesus would condemn as the great destructive sins. Some give pre-eminence to the protection of the unborn, others focus on destructive sexual morality or abuse of the sacraments, yet others point out brutal economic injustice. None of these excludes the others. There is no future for Church as Jesus sees it if we are proud of fighting with one another. Evil in all its forms has to be pointed out. Thus, Pope Francis is keen that any emphasis on climate justice is in the context of love of God and of neighbour. He seeks to offer a unified picture of where selfishness and greed lead us. Pope Francis knows that the strong are happy when their opponents are condemned for their sins, but angry when a religious leader undermines the status quo that suits them very well. When Church loses it prophetic voice, when Church leaders fail to question the strong, when the little ones feel crushed under a weight of condemnation, when church leaders appear to support partisan politics rather than critique them, I suspect that Jesus would feel very uncomfortable. Thus, this Season of Creation is not some theology-light or an escape from real moral issues. It is part of a grace-filled worldview which knows that our current consumerist economic model is destroying both the physical environment and the human ecology. The economic model is poisoning much of the air and water that we need – and proclaiming a me-centred approach which destroys family and community. An economic message which says that life is only a joke with no real meaning will be prepared to sacrifice both the born and the unborn on the altar of my comfort. And the strong don't want to hear that. They would rather that we criticised others.

Jesus is now approaching Jerusalem and the death that he will suffer for upsetting too many influential people. He knows that a new type of grace-filled community will be born out of his death and Resurrection. In this country we face the need to rediscover who we are as a community of faith in rapidly changing circumstances. Fragmentation into cliques is not the Jesus way forward. In Corinth, Paul condemned those who said they were for Paul, for Cephas, for Apollos and for Christ. We face the same reality in that some say they are for Francis, for Benedict, for John Paul of for Burke. Jesus calls all those who gather around the altar in his name to point out evil wherever it is, to prioritise getting into a debt of mutual love and to build community despite our differences. The world where so many are hurting needs to hear of God's love and mercy, and not just about our hang-ups. A fragmenting world will not see Jesus in a fractious church. Jesus challenged his disciples 2,000 years ago as he prepared to face Calvary out of love for the world. He still issues the same challenge to his disciples now.

Fall in Love - Love of our common home